More in Pests and Diseases: 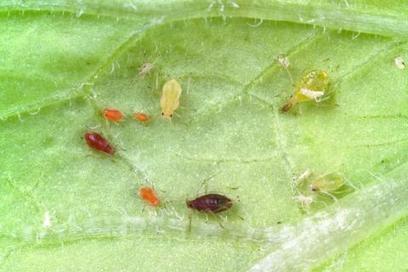 According to Potato Council, seasonal aphid flight data has started to appear for this season and the annual challenge of interpreting aphid population against resistance data and appropriate treatment comes to the fore once more. Temperatures in January and February were considerably higher than the long-term average across the country (by 1°C to 1.5°C in the north and around 2°C in the south) and it is estimated the first flights of many important aphid pest species could be two to four weeks earlier than average. These early forecasts relate to aphids that overwinter as larvae and adults, not as eggs, and largely relate to the cabbage aphid, peach-potato aphid and the potato aphid, and predict that these species should appear relatively early this year.